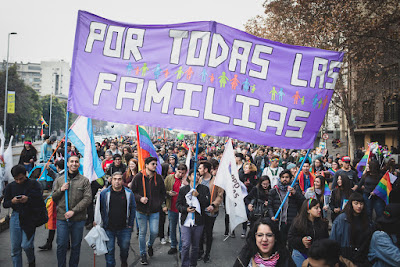 Almost one hundred thousand people marched in Santiago de Chile in the 18th Pride March, through the La Alameda, the main avenue of the capital.

Participants in the march asked the new government three specific things: to include children under 14 years of age in the gender identity law, equality for same-sex and lesbian families in the reform of the adoption law, and advance in the legal process of equal marriage.

The slogans became stronger when the march passed through the Palace of La Moneda, seat of the Government of Chile. President Sebastián Piñera generates rejection and concern in the LGBT community, due to the possibility of regressing or not moving forward in terms of laws and rights.

Although Chile has an anti-discrimination law and a civil union agreement for same-sex couples, they still can not regulate their family relationships under the same conditions as heterosexual couples, trans people still can not adapt their identity documents , and now the government seeks to prevent same-sex couples from initiating adoption proceedings. 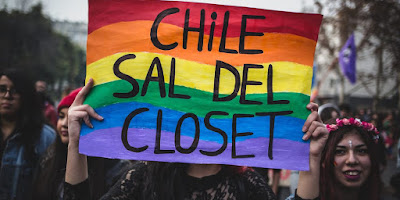