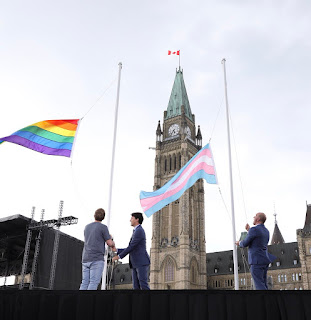 For the third year in a row, the rainbow flag has been raised on Parliament Hill in Ottawa to celebrate Pride Month.

Canadian Prime Minister Justin Trudeau raised the rainbow flag above Parliament Hill, in order to mark Canada’s commitment to greater LGBT inclusivity and equality.
﻿
Trudeau was joined at the ceremony alongside his LGBTQ2 Special Advisor, Randy Boissonnault. Boissonnault tweeted about this important event, saying: “Raised the Pride flag on the hill today for the third year in a row!”

The LGBTQ2 advisor to the prime minister also tweeted a picture of himself, with the Canadian Prime Minister and student Ryan Brown. 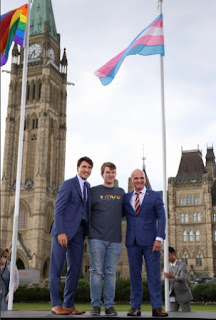