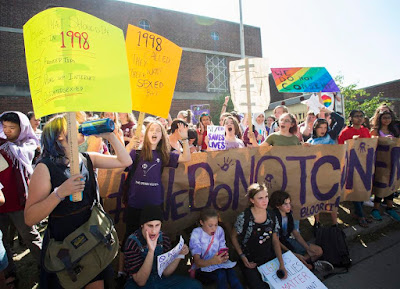 Across Toronto, Ottawa, and Guelph, approximately 40,000 students participated in a planned walkout calling for “modernized” sex education, including same-sex education, in Canada.

“No ignorance, no hate, let’s not go back to ’98,” nearly 500 students shouted from Toronto’s Western Technical-Commercial School, Ursula Franklin Academy, and The Student School. Other students could be heard shouting, “Education Equals Empowerment,” “Consent is Key,” and “Sex Ed Saves Lives.”

March for Our Education and Decolonize Canadian Schools were the groups responsible for planning the peaceful protest. Their news release stated additional information about the event and why they considered it imperative to participate, including their tagline that they “do not consent” to their actions regarding sexual education.

“In early July, Doug Ford, Lisa Thompson and the rest of the Ford administration released information in regards to the immediate changes set to take place in the education system across Ontario,” the guide said.

The changes reportedly included, “Reverting the newly updated sex-ed curriculum (2015) to the one taught in 1998,” according to the guide. “Some topics that will be eliminated from discussion, include things such as: same-sex marriage, gender identity, cyberbullying and sexting,” among other items.

“We, the students, need to show our government that we do not consent to this action,” the guide said. “The impacts of these changes have been repeated by hundreds of experts: they will not keep our students, our women, our LGBT community.”

The province repealed the 2015 Health and Physical Education curriculum for elementary students, which some social conservatives say is not age-appropriate. This curriculum was replaced with sex-ed material, used between 1998 and 2014, that doesn’t overtly address issues such as gender identity, consent and same-sex relationships.

“It will affect the next generation of adults and we want everyone to grow up learning about their bodies, consent, mental health, and LGBT rights,” said one of the organizers. 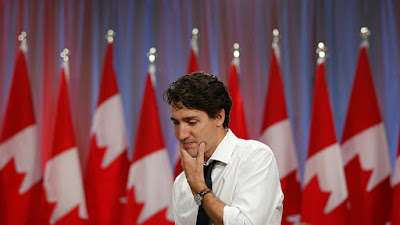 Something to say, Mr. Trudeua?