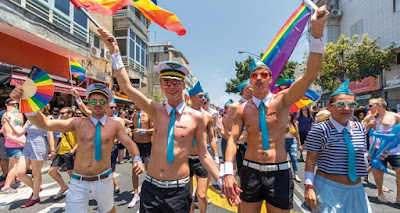 The Israeli city of Tel Aviv will play host to next year’s Eurovision Song Contest.

Israel won the rights to host the popular singing competition after singer Netta won the 2018 competition with her song Toy.

When Netta accepted the award she said to the crowd that Israel would host Eurovision Song Contest "next year in Jerusalem".

‘We decided that Tel Aviv provides the best overall setup for the world’s largest live music event. We are excited to bring the Contest to a brand new city,’ said Jon Ola Sand, the European Broadcasting Union’s Executive Supervisor for the Eurovision Song Contest.

Eurovision Song Contest is watched by about 200 million people worldwide every year and will be held at the International Convention Center, from 14 to 18 May, 2019.

Tel Aviv is Israel’s second biggest city with a population of about 400,000 people. It is also home to one of the world’s biggest LGBT Pride parades, over 250,000 people attended last edition in June 2018.

The city will host Eurovision for the first time, even though it’s the third time Israel has hosted the competition. Jerusalem hosted in 1979 and 1999.