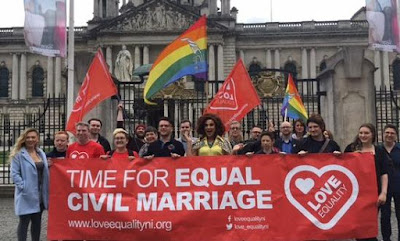 Over two dozen businesses and employers have signed a joint letter calling for same-sex marriage in Northern Ireland.

Northern Ireland is the only part of the UK that doesn’t have equal marriage. Same-sex marriage became law in England, Wales and Scotland in 2014.

The neighboring Republic of Ireland held a referendum to vote for marriage equality in 2015. This leaves same-sex couples in Northern Ireland with the option of civil unions only.

An April 2018 poll in Northern Ireland found just over three-quarters of those questioned in support of marriage equality.

Today’s letter has been supported by Coca-Cola, IBM, BT, Deloitte, Bank of Ireland, Pinsent Masons and Citi Belfast, among others.

Petre Sandru, Country Manager of Coca-Cola Ireland, commented: "This commitment not only manifests itself in our advertisements, but also in our daily operations. At Coca-Cola, we know that creating an environment where everyone can reach their full potential, regardless of gender, age, sexual orientation, ethnicity, religion, ability or socio-economic background, is key to driving businesses forward. We also believe that everyone has the right to be themselves both outside and inside the workplace, which is why we support this important initiative." 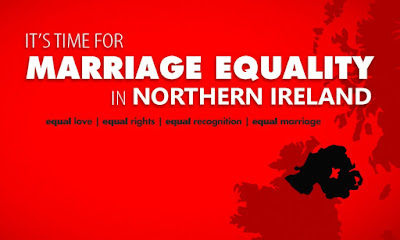