The Parisien Jerk Off Festival reaches the 11th edition

The 11th edition of the Jerk Off Festival des Cultures Queer & Alternatives has taken place from 12th to 22nd of September in Paris. Promoting representation and visibility of sexual minorities in the field of culture is of the utmost importance for the multidisciplinary festival, leaded by Bruno Péguy, David Dibilio and Laura Cohen.

The artists scheduled had references, offerings, and imagination that do not fall under the dominant heteronormativity. Jerk Off Festival always wants to put forward different visions, bodies and identities, giving the priority to the queer bodies.

In this latest edition, the festival reaffirmed its mission to being a festival dedicated to young creators as well as a festival that carries the multiplicity of sexualities in its DNA.

With its ten shows, two exhibitions and one film, it remains as the festival of diversity: diversity of forms and formats, of bodies and sexual orientations, thus putting queer bodies on display in order to reshape imagination and offer to the public representations that differ from the classical and dominant ones. 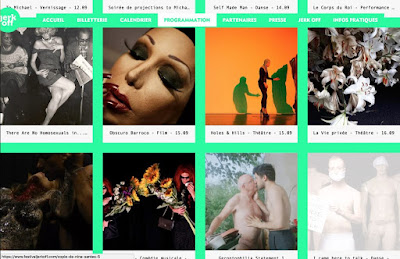