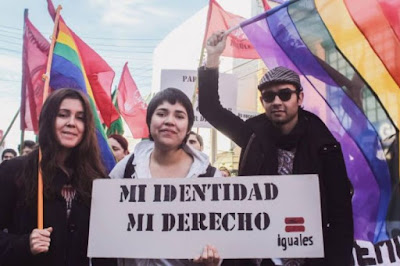 Chile's Parliament has passed a new gender identity law that will allow transgender people aged 14 years and above to change their name and gender in official documents.

The process will take place at a civil registry and will not require surgical or medical intervention, although minors will have to obtain permission from a parent or guardian and from a family court.

The law was first approved by a large majority of 26 in favour and 14 against in the Senate last week and landed in the country’s Congress on September 11, where it passed a 95-46 vote marking the end of a five-year-long fight by transgender rights activists.

Chilean transgender actor and singer Daniela Vega, the star of the 2018 Oscar-winning film A Fantastic Woman, celebrated news of the vote writing a poetic post on Instagram, in which she remembered those who have died without seeing the law becoming reality, as well as celebrating a more hopeful future.

She wrote: “The testimony and the body as a declaration of rebellion. But you cannot be rebellious without first being worthy and dignity is not a faith, it is a right. Do not fear children, there will be arms that contain your beautiful nature.

“To wall in the door is not going to darken the horizon, because it will be you, children who will govern your biography. The art, infinite key of immovable locks. The will, motor of the future that appears more hopeful today.

“There are those who did not see this day, this dawn, their bodies, dignified by the memory of rebellion, of dignity. Love, motor of experience. Love, endorsement of infinite space.

“To live, to resist, to move in the calendar. The time and objectivity of feeling it happen. To have today, the right to live in, to belong. Future body, white canvas of new struggles, new utopias, new spaces, of movement, of dignity.”

A great victory for trans people! 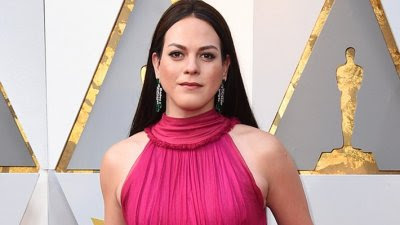 Daniela Vega, the star of the film A Fantastic Woman