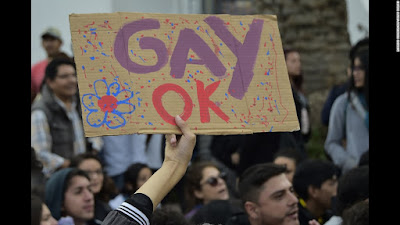 The day before yesterday, 3.17 billion people lived in a place where homosexuality was banned by law. That was 42% of the global population.

With yesterday’s Supreme Court ruling in India, the number has tumbled down to 1.84 billion. This means 24% of the people in the world still live in a country where gay sex is illegal. Then, thanks to India, the percentage of people living in countries where being gay is illegal has gone down from 42% to 24%

Likewise, today, 1.18 billion people, 16% of the world’s population, live in a country with marriage equality. Alongside marriage and partnership rights, LGBT parenthood has expanded rapidly. Very often adopted and foster kids have benefited. Now 26 nation states allow same-sex couples to adopt jointly and 27 allow you to adopt your partner’s child.

However, in many countries, gay sex remains illegal. Homosexual activity can still result in prosecution in 71 countries.

In over half a dozen countries, those found guilty can even face the death penalty. These include Iran, Sudan, Saudi Arabia, Yemen, parts Somalia and northern Nigeria. Members of Islamic State have also put people to death for being gay in Iran and Syria. Besides, in some countries, like Egypt or Chechnya, it’s getting worse to be LGBT. 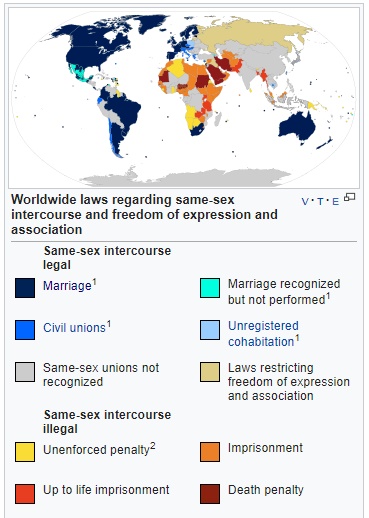