One year after a rainbow flag waved in a concert, Egypt's LGBT community contemplates 'Dark Future' 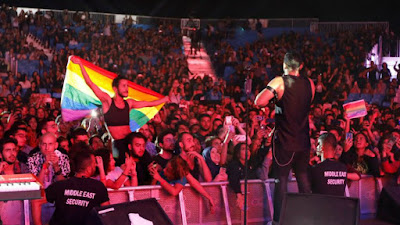 A year ago, over 100 people were arrested in Egypt because someone waved a rainbow flag during a Mashrou' Leila concert in Cairo. Twelve months later, the crackdown continues but it's no longer making headlines.

Someone was Ahmed Alaa, who described raising a rainbow flag at a crowded concert in Cairo last September as "the best moment" of his life. He posted the photos on Facebook, and others did too. The next morning, he woke up to death threats.

A few days later, he was arrested in Egypt's biggest crackdown on the LGBT community in years. He said his sexuality is a private matter, but his hands on the rainbow flag became evidence of what the Egyptian government considers dangerously deviant behavior.

The band's September concert was believed to be the first time the rainbow flag was raised in public in Cairo. But for Ahmed, after the euphoria of the concert came the brutal awakening. His university publicly condemned him. His sister was bullied at college and his father, a land realtor, was shunned in his home village. His best friend was detained and then Ahmed was finally arrested.

More than 100 people were arrested after the concert and charged with misdemeanors. Dozens were given sentences ranging from six months to six years in prison.

Homosexuality isn't illegal in Egypt, but in a country where some officials have equated homosexuality with terrorism, there are other laws for prosecution, including those governing "habitual debauchery." Human rights groups say the law has been used extensively since President Abdel-Fattah al-Sissi took power five years ago. 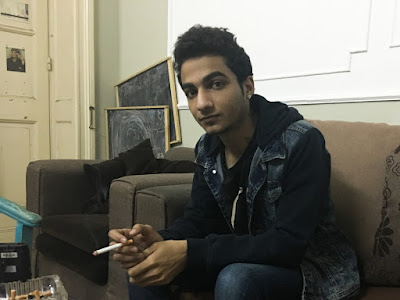