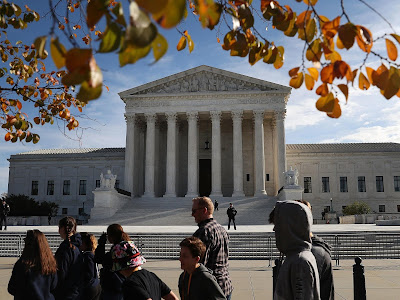 The Supreme Court allows Trump's transgender military ban to go into effect. The Justices did not rule on the merits of the case, but will allow the ban to go forward while the lower courts work through it.

The four liberal justices on the Court objected to allowing the Administration's policy banning most transgender people from serving in the military to go into effect, but they were a minority.

The policy, first announced by Trump in July 2017 via Twitter, and later officially released by then-Secretary of Defense James Mattis, blocks individuals who have been diagnosed with a condition known as gender dysphoria from serving with limited exceptions. It also specifies that individuals without the condition can serve, but only if they do so according to the sex they were assigned at birth.

The court's move is a victory for the Trump Administration. While government lawyers wanted the Court to take up the case, they also fought to allow the ban to go into effect while the case plays out in the lower courts.

We have to wait for the lower courts ruling now.