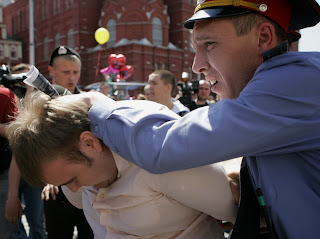 Several gay activists have been arrested today outside the Sochi Olympics organising committee headquarters, in Moscow.

The group of activists, led by Nikolai Alekseev, tried to hold a protest against the ban of public rallies during the Olympic Games in Sochi next year, but the group were immediately arrested by police.

After passing the law banning gay propaganda, last June, the situation of LGBT people in Russia is becoming increasingly difficult and the homophobic climate has reached unacceptably levels.

Critics confirm that law effectively bans all gay rights rallies and could be used to prosecute anyone voicing support for homosexuals. 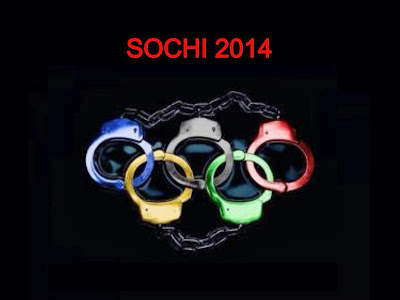