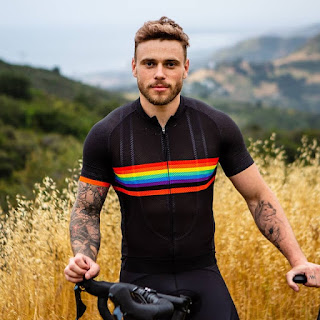 Olympian Gus Kenworthy, 27, has temporarily traded in his ski pants for padded bib shorts as he  prepares to ride 550 miles from San Francisco to Los Angeles over seven days with AIDS/LifeCycle in early June.

The out silver medalist in men's slopestyle at the 2014 Winter Olympics in Sochi, Russia, joins 2,500 cyclists and 500 roadies who will set out en masse from the Cow Palace in San Francisco June 2 with the common purpose of stamping out HIV and AIDS and the stigma around the disease.

While strides have been made in research, education, prevention, and treatment over the past few years, Kenworthy, who pledged to raise $1 million to help fund programs at the Los Angeles LGBT Center and the San Francisco AIDS Foundation, has joined the fight in part to help send the message that the epidemic is far from over.

“I think that thinking HIV and AIDS is something of the past comes from a place of privilege. We feel very lucky now with Truvada [the drug used in prevention] and things like that to feel safe and feel like we're no longer really at risk, but infection rates are still climbing, especially in poor communities,” Kenworthy told.

“[With] a lack of education [around HIV and AIDS] we're seeing higher infection rates in young people. It’s important that we keep it in the forefront of people's minds. It's not something that we found a cure for yet, and I really hope that it comes, but as of now it's something that we still need to fight for, ” he added.

Inspired by watching exhausted but exuberant riders at the AIDS/LifeCycle finish line in downtown Los Angeles last June, Kenworthy pledged to raise as much money as possible for the cause and also to heighten awareness around HIV and AIDS.

Help him here as I did. 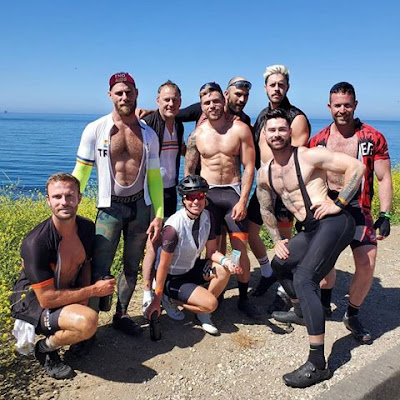