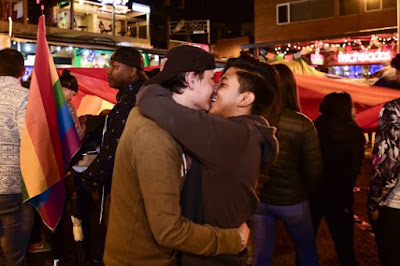 Ecuador’s highest court legalised same-sex marriage, ruling in favour of two gay couples who petitioned for the right to wed.

The constitutional court in Quito voted five-to-four to approve same-sex marriage in the cases of the two men, thus extending gay marriage across the country.

The four judges who ruled against same-sex marriage said that changes to the Ecuadorean constitution would have to be decided and approved by the government.

However, the co andnstitutional court’s decisions are binding and mandatory. That means public authorities officiating weddings must perform same-sex weddings.

Ecuador recognised sexual orientation as a protected characteristic since 1998, making it illegal to discriminate against people for being lesbian, gay, bisexual or transgender.

The decision to legalise same-sex marriage follows other countries in South America, including Argentina, Brazil and Colombia.