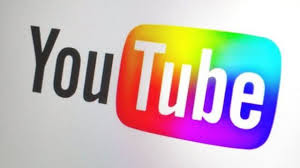 YouTube is unfurling the rainbow flag for Pride Month, set to release a trio of original LGBT documentary films available for free worldwide on the platform.

The lineup includes “State of Pride,” from Oscar-winning filmmakers Rob Epstein and Jeffrey Friedman, premiering May 29; “Stonewall Outloud,” from StoryCorps and World of Wonder, premiering June 26; and “This is Everything: Gigi Gorgeous,” the 2017 doc about the transgender female YouTube fashion and beauty vlogger.

State of Pride, which debuted at South by Southwest in March, follows Braun as he travels to Salt Lake City, Utah, San Francisco, Calif., and Tuscaloosa, Ala. In each of those cities, he meets with young LGBT people who share their wildly different perceptions of what June, Pride Month, means to their generation. Among those interviewed is pop singer-songwriter Troye Sivan, whose albums “Blue Neighbourhood” and “Bloom” have made him a queer icon for the millennial set.

Stonewall Outloud brings the original audio recording of Stonewall to life, in a documentary that features contemporary voices in the LGBT community, from YouTube creator Conor Franta to Olympian Adam Rippon. The World of Wonder-produced film builds upon StoryCorps’ long-standing commitment to recording the powerful and varied experiences of LGBT people. Storycorps’ original audio documentary Remembering Stonewall features first-person accounts of those who fought during the uprising and forms, the basis for this new documentary. The movie premieres Wednesday, June 26, 2019 on the World of Wonder YouTube channel.

This is Everything: Gigi Gorgeous, director Barbara Kopple and subject Gigi Lazzarato stopped by the Variety Studio presented by Orville Redenbacher’s at the Sundance Film Festival to talk about their new documentary. Lazzarato, a transgender woman who has shared her journey on YouTube, said that the documentary was an exercise in control. “I’m a control freak,” she said. “I just wanted to take control because that’s what I’m used to.” But Kopple said that the product is one that makes a statement. “It’s about hope, it’s about friendship, it’s about love. It’s about all the wonderful ingredients that our president is not doing,” she said. YouTube will make available free to watch from June 5-30.