Shade never made anyone less gay! 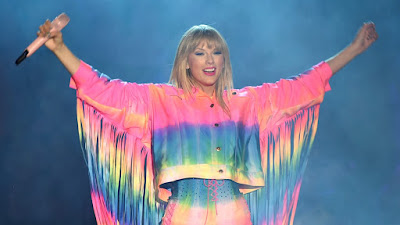 Taylor Swift is pushing for support of the Equality Act in a star-studded music video for her new single.

A who's who of Hollywood, including Ellen DeGeneres, RuPaul, Billy Porter, Ryan Reynolds, Jesse Tyler Ferguson, Adam Rippon, and many other stars and LGBT activists, appear in the video for "You Need to Calm Down" song.

Lyrics for the track include lines such as "Why are you mad when you could be GLAAD?", a reference to the country's largest lesbian, gay, bisexual, transgender and queer media advocacy organization, and "Sunshine on the street at the parade, but you would rather be in the dark age."

Swift also sings, "You just need to take several seats and then try to restore the peace / And control your urges to scream about all the people you hate / 'Cause shade never made anybody less gay."

Katy Perry, who had engaged in a long-running feud with Swift, also makes a cameo in the music video. The pair, dressed as a hamburger and French fries, are seen hugging one another. Perry had praised Swift's political activism last year, saying, "She's setting such a great example."

At the end of the video, a graphic urges viewers to sign a petition supporting the Equality Act. The bill, which would enshrine protections for LGBT Americans in federal law, passed the House in May. 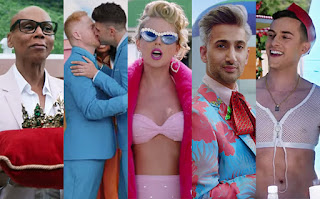