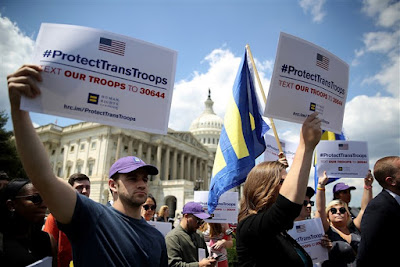 Donald Trump’s policy banning openly transgender troops from serving in the military hit a stumbling block when a majority of lawmakers voted against it.

Members of the House of Representatives voted 243-183 to adopt an amendment that will block funding for Trump’s trans troop ban. The vote came during a debate on a $1 trillion spending package that includes the military spending bill.

Republicans argued that allowing trans people to serve openly in the military would undermine the “military readiness” and “unit cohesion” of troops. But Anthony Brown, the Democrat for Maryland, said that this argument had historically been used to justify racially segregating the military. "The president and his administration wrongfully argue that it's about military readiness and unit cohesion, but these arguments are the same ones that were made to keep the military racially segregated,” said Brown, who is African American. “Every service chief testified that transgender service would not disrupt unit cohesion or readiness,” he added.

The amendment was proposed by Jackie Speier, the Democrat for California, and will block military funding from being used to implement the new policy, which has been in effect since April 12.

Trump’s policy is also being challenged in court. An estimated 14,700 members of the US military are trans. Under Obama’s presidency, trans people already serving in the military were allowed to be open about their trans status. 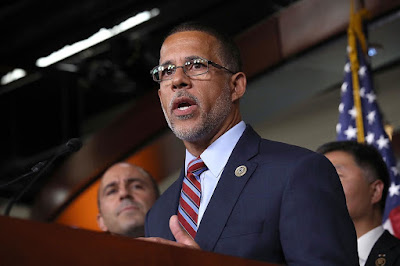