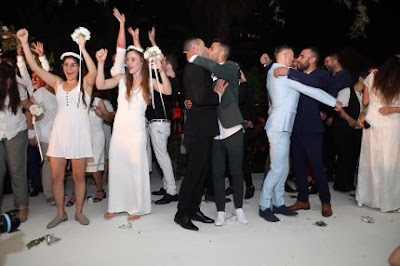 Hundreds of Israelis participated in a mass wedding in Tel Aviv to demand the right to same-sex marriage ahead of the country’s Gay Pride week.

23 same-sex couples walked down the aisle at the Tel Aviv LGBT Centre in unison and exchanged vows at the unofficial marriage ceremony, cheered by family, friends and supporters.

The annual Tel Aviv Pride Parade, set for June 14, draws thousands of foreign visitors to the city, which flaunts itself as one of the world’s most gay-friendly tourist destinations. Jerusalem Pride Parade is set for June 7.

Yet political rights for Israel’s gay community lag behind the increasingly widespread cultural acceptance. Jewish ultra-Orthodox parties, powerful in the Israeli parliament, have rejected legislation that affords rights like same-sex marriage and the inclusion of gay men in surrogacy laws.

In any case, Israel stands in sharp contrast to the rest of the Mideast and becomes an exception in the region on acceptance of LGBT rights. 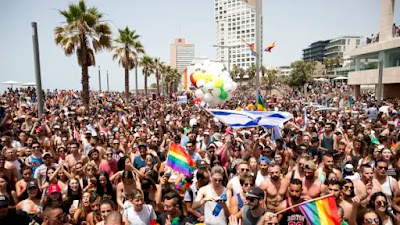