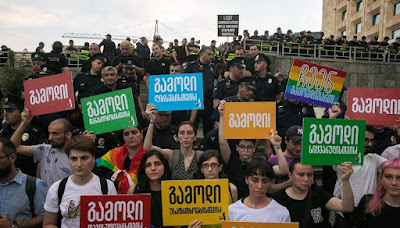 Tbilisi Pride will be held in the capital of Georgia despite threats of disruption, event organisers said in a statement released earlier today amid public tension.

Turmoil around the first Tbilisi Pride, a week-long event dedicated to the rights of LGBT individuals, continues as organisers decided to hold the events despite threats coming from nationalist groups.

One of the organisers of the event Nino Bolkvadze refrained from naming the date of the march which will be the final stage of the event  at the end of the week and warned possible participants regarding existing threats.

"What I can say now is that all the security measures which might have been provided by the pride organisers are in place. Many people, including the police and high ranking officials are involved to ensure the peaceful conduct of the events. Of course, there are risks and the government is responsible for avoiding them,” Bolkvadze stated.

Georgian Public Defender Nino Lomjaria reported that, taking security threats into account, the Georgian Interior Ministry said no to pride organisers to hold the events. "It’s not the right of expression when one aims to insult others", she declared.

However, the organisers did not accept the refusal and decided to go ahead anyway.

Amnesty International has urged the Georgian authorities to take all necessary measures to ensure the safety of Tbilisi Pride participants “amidst unprecedented threats” of violence including from homophobic groups. 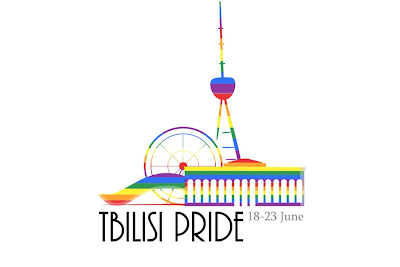