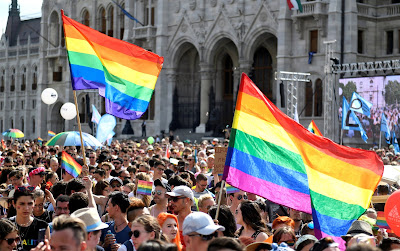 Thousands of LGBT activists and others demonstrated in front of the Parliament in Budapest in the evening, chanting “we are here!” as they urged lawmakers to reject legislation banning any content portraying or promoting homosexuality or sex reassignment to anyone under 18.

Hungary's ruling Fidesz party has proposed banning the "promotion" of sexuality of young people under a new law. The legal amendments were proposed by the conservative party of Prime Minister Viktor Orbán. The bill would also outlaw promoting sex change among minors, including in schools, films or books.

The legal amendments in Hungary seem to be the latest anti-LGBT move by Orban, who has defended traditional Christian values. In December 2020, Hungary's Parliament adopted a legislative package enshrining the traditional notion of family and "gender" in the Constitution and effectively banned the adoption rights for same-sex couples.

The proposed legislation is discriminatory like the 2013 Russian law banning gay “propaganda,” which is a tool of discrimination and harassment. Such legislations only reinforces prejudice and homophobia, which is incompatible with the values ​​of democratic societies. We all urge Hungarian lawmakers to reject this anti-LGBT legislation. 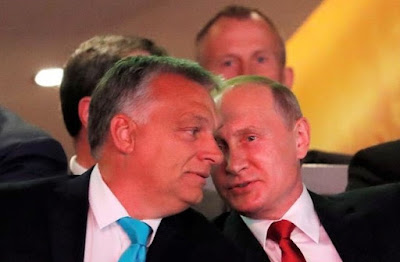