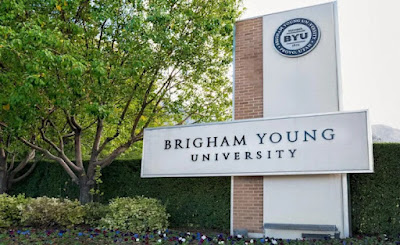 The US Department of Education is conducting a civil-rights investigation to determine whether LGBTQ students face discrimination at Brigham Young University (BYU), a Utah-based private educational institution run by the Mormon Church, formally known as the Church of Jesus Christ of Latter-day Saints.

The probe deals with ‘Title IX’ protections against discrimination on the basis of sex. The complaint under investigation came after the school said it would still enforce a ban on same-sex dating even after that section was removed from the written version of the school’s honor code.

The rule’s removal had prompted some students to publicly declare their sexual orientation, but BYU then clarified that LGBTQ relationships were still banned, warning that those who held hands with or kissed members of the same sex would be disciplined, a harsher discipline than that faced by heterosexual couples at BYU. Multiple students and former students have sued the school based on allegations of discrimination.

The same Department announced that it is also launching a Title IX investigation into alleged LGBTQ discrimination at a Christian college in Pennsylvania that kicked out a student for being gay. A former student said that he not allowed to finish his degree because he’s gay, even though he was only a few credits from graduating.

President Joe Biden last year signed an executive order stating that discrimination against LGBTQ students is illegal because it’s impossible to discriminate against LGBTQ people without taking sex into account, a legal idea that the Supreme Court adopted in its 2020 Bostock v. Clayton County decision.

Those investigations signal a sea change in how the federal government perceives LGBTQ discrimination in religious institutions that receive federal money.