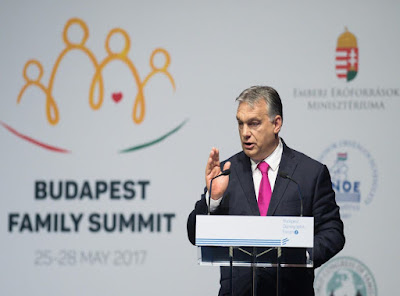 Hungary is set to hold a so-called “LGBT+ propaganda” referendum on the same day as far-right prime minister Viktor Orbán tries to cling onto power in the parliamentary election.

Orbán, an anti-LGBT+ right-wing nationalist who belongs to Hungary’s Fidesz party, is attempting to remain in power for a fourth straight term in the election on 3 April.

The election is likely to be close-cut, with Orbán tied in polls with Péter Márki-Zay, who is leading an alliance of six opposition parties spanning the political spectrum.

But on the same day that Orbán goes up against the alliance, he has announced, his so-called “LGBT+ propaganda” referendum will go ahead.

Orbán proposed the referendum in July last year in response to condemnation, both nationally and globally, of his party’s amendment to a Hungarian anti-paedophilia law banning any discussion of LGBT+ people in schools and in the media.

The timing of the referendum is clearly strategic, as Orbán is basing his campaign on traditional religious values and an opposition to LGBT+ rights.

In a joint statement, 10 Hungarian LGBT+ and human rights groups called for citizens to give invalid answers to the referendum, circling both “yes” and “no” for every question to “help ensure that the government’s exclusionary referendum does not reach the validity threshold”.

The groups, which include Budapest Pride and Amnesty Hungary, said: “This referendum is particularly vile for two reasons. On the one hand, the wording of the questions suggests that young people are harmed by hearing about sexual and gender minorities, and on the other, it violates the dignity of LGBT+ people." 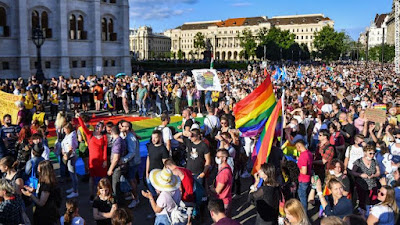 Protesters against the law gather near the
parliament in Budapest on June 14, 2021