France bans conversion therapy: There is nothing to cure! 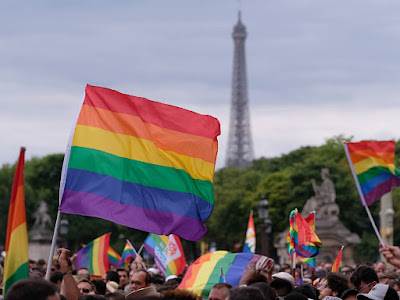 A new law in France bans "conversion therapy," a practice that attempts to change a LGBTQ person's sexual orientation or gender identity and has been scientifically discredited.

The legislation includes criminal penalties for people who are convicted of trying to “convert” LGBTQ people to heterosexuality or traditional gender expectations.

Attempting to "convert" a person to heterosexuality or traditional gender identity will result in up to two years in jail and a fine of $34,000.

If the therapy is attempted on a young person or someone who is deemed vulnerable, the punishment can increase to up to three years in jail and a fine of $50,000.

The law also opens the possibility for campaigners to file civil suits on behalf of victims, an advance hailed in parliament as a breakthrough for people who hesitate or are unable to alert police themselves.

Good news from France! There is nothing to cure!