More LGBTQ athletes than ever will compete in Beijing's Winter Olympics, despite China's efforts to censor queer people 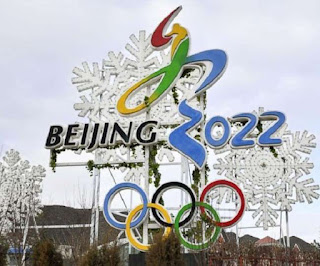 More LGBTQ athletes than ever before are set to compete at the Winter Olympic Games in Beijing despite growing Chinese repression of gay and lesbian people.

Thirty-two openly gay athletes are bravely heading to a country that has recently banned 'sissy men' from television and where 70 per cent of citizens say they would not like 'a homosexual' as a neighbour.

It is a painful juxtaposition. The Games explicitly celebrates equality in sport and yet the country given the honour of hosting the showpiece in 2022 does not adequately protect LGBTQ people from discrimination. And it is actively seeking to censor them and restrict their influence.

At this year's Games, there are not only more openly LGBTQ athletes, but there is a wider spread in terms of sports, gender and country. A number of nations have multiple out athletes, including Canada (eight), the United States (six), Britain (four), France (two), Sweden (two) and the Czech Republic (two). In contrast, no out Chinese athletes are known.

Among the 'out' athletes are four members of Team GB, including Gus Kenworthy, who will compete in the ski half-pipe in his third Winter Olympics, and Lewis Gibson, a figure skater in his first.

Recently, Olympic diver Tom Daley announced his mission to try and ensure that countries which criminalise homosexuality and the LGBT community can’t compete in and host big sporting events in the future. 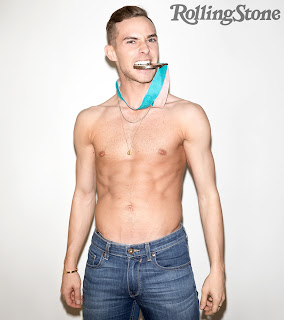 Figure skater Adam Rippon made history as the first openly gay
U.S. man to qualify for the Winter Olympics
Publicat per Ben Aquila a 1:19 PM