Adam Rippon announces by surprise he has married 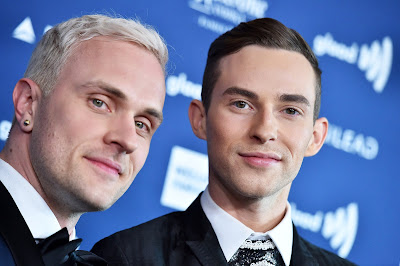 Former Olympic figure skater and medalist Adam Rippon announced  on Instagram that he and his fiancé, Jussi-Pekka Kajaala, wed on Decembar 31.

“SURPRISE WE ARE MARRIED,” Rippon, 32, wrote in the caption (click through to see both photos). “One afternoon JP and I looked at each other and said the very classic *romantic* phrase of ‘let’s just go do it now’. So we did. It was just the three of us and it was perfect 12/31/21”

Kajaala, a Finnish real estate broker, posted similar photos and a video of the pair (well, the trio, since Tony’s in the back seat) riding in a car. He wrote in his caption, “We are married!! the video is from the actual wedding day on December 31st 2021. It was just the three of us and a simple ceremony. Exactly what we wanted. Tony has two happy dads.”

The whole thing was low-key and inexpensive, with the ceremony performed by a marriage officiant in Encino, California. The couple got hitched in the marriage service’s office suite under an archway of fake plants and flowers.

“It was like what you would get from the dollar store if you knew you had a wedding in five minutes,” Rippon recalled, “but it was perfect.” 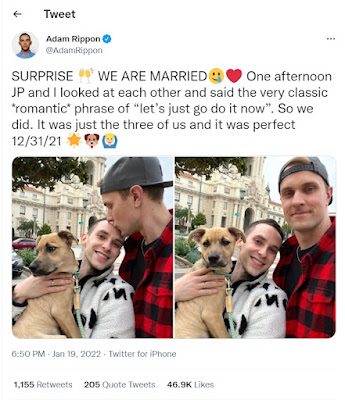