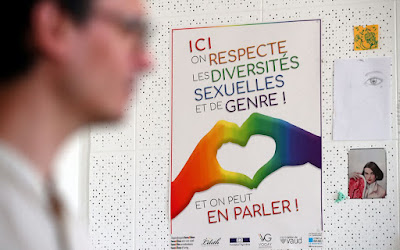 Legislation significantly facilitating the procedure for changing gender and name came into force in Switzerland. For this, citizens of the country now only need to submit an application to the authorities and pay a fee of 75 francs. No medical examination or other preconditions are required.

Parliament introduced the relevant amendments to the legislation and the Federal Council decided to enter into force on January 1, 2022. The Federal Council clarified that citizens now have the right, through a simple and quick procedure, to modify the indication of gender and name by filing an application with the Office of Civil Status.

Such a statement can be submitted by any citizen who has an internal firm conviction that he does not belong to the gender indicated in the civil status act. If the person wishing to change gender and name is less than 16 years old, then the consent of his legal representative will be required.

The Government clarified that the gender-related changes in the civil status act did not affect family law in any way, including kinship and marriage registration.

In 2022, same-sex couples in Switzerland will have the right to enter into a full-fledged marriage: the relevant legislation will enter into force on July 1. At the referendum held in the country in September 2021, 64.5% of citizens spoke in favor of legalizing same-sex marriage. 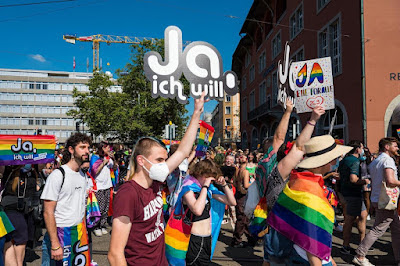