Atlantic City Has a Gay Mayor 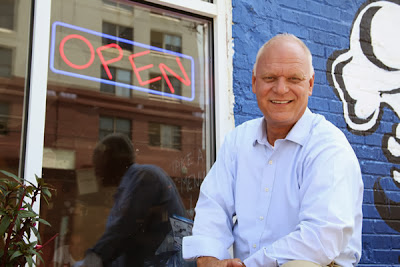 Don Guardian has sworn as a new mayor of Atlantic City (New Jersey). He is a Republican, Roman Catholic and openly gay man.

He is the first Republican mayor of Atlantic City in 23 years, and he was elected by a tied vote against the former Mayor Lorenzo Langford.

The new mayor took the oath of office with his partner Louis Fatato beside.

I'm curious to know what his fellow GOP, members of the Tea Party, think. 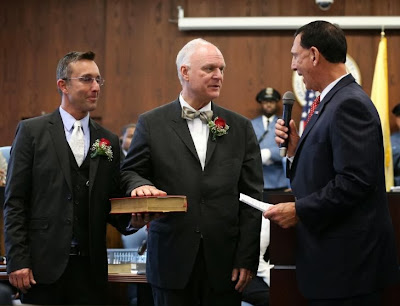 Don Guardian (middle) with his partner on his right