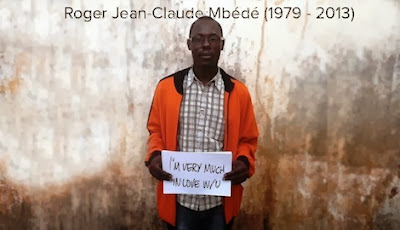 Roger Jean-Claude Mbédé had been sentenced to 3 years in prison in Cameroon because he sent another man an SMS that said "I'm very much in love w/u", in a country where it's illegal to be gay. Sadly, Roger has died.

The details of how he died are not yet clear, but the true is he faced physical abuse and medical emergencies. Besides, once out of jail he was attacked and turned away from employment, school, shelter and even critical healthcare.

Despite attacks and great hardship, Roger spoke out against Cameroon's anti-gay law. He said he did it so that other LGBT people in Cameroon would not have to face what he did.

Roger lived with love but died without seeing justice for himself. The world needs to hear his story. Add your name to AllOut campaign Virtual vigil to honour Roger’s memory, and call for the end to anti-gay laws that are destroying lives everywhere. 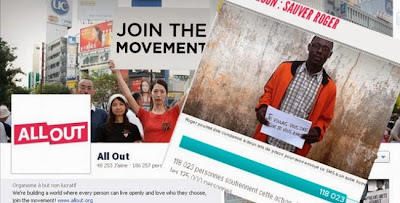 More than 130,000 All Out members around the world
heard Roger's plea and called for Cameroon to #FreeRoger