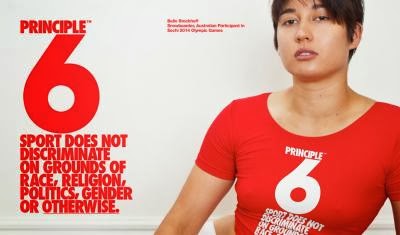 Principle 6 of the Olympic Charter says:

Any form of discrimination with regard to a country or a person on grounds of race, religion, politics, gender or otherwise is incompatible with belonging to the Olympic Movement.

Of course, Principle 6 includes sexual orientation, and Russia's anti-gay laws are incompatible with the Olympic movement. While, the IOC and Olympic sponsors still refuse to speak out against the anti-LGBT Russian laws.

This Principle has inspired a campaign by the values of the Olympic charter. It's a way for athletes, spectators and global supporters to celebrate the Olympic principle of non-discrimination and call for the end to Russia’s homophobic laws before the 2014 Winter Olympics in Sochi.

Some Sochi-bound Olympians, with several Olympic athletes and professional athletes also involved or support this campaign. 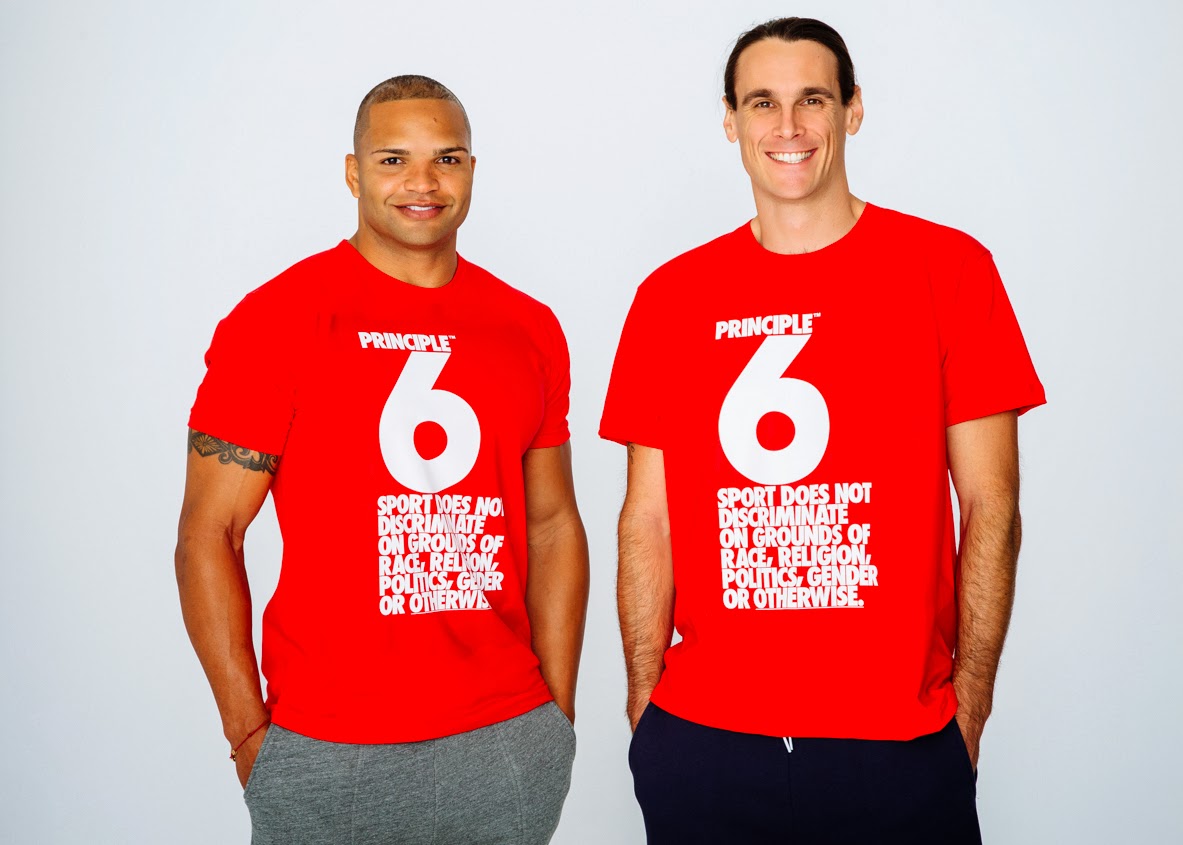