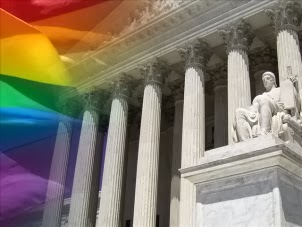 The U.S. Supreme Court has stopped gay couples from continuing to marry in Utah, after the Gov. officially asked it.

Remember that only a few days ago, a Federal district judge had struck down the Utah's ban on same-sex marriage, and nearly 1,000 couples there had already married.

Now, the Supreme Court has put on hold equal marriage in Utah with the following brief order:

"The application for stay presented to Justice Sotomayor and by her referred to the Court is granted. The permanent injunction issued by the United States District Court for the District of Utah, case No. 2:13-cv-217, on December 20, 32013, is stayed pending final disposition of the appeal by the United States Court of Appeals for the Tenth Circuit".

The Supreme Court order will remain in effect until the Court of Appeals decides whether or not to uphold Federal judge's ruling. 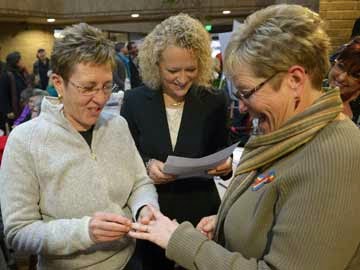 Joyce and Lecia, one of the couples
who married last week in Utah