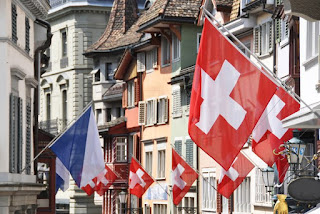 Any change to the Switzerland's constitution requires a popular referendum, and a referendum can be requested for any law being considered by the legislature.

In 2007, a popular vote in the Central European Country ushered in registered partnerships which provided same-sex couples with most of the protections and rights afforded to heterosexual couples. However, the issue of full-fledged marriage equality has not yet made its way to the ballot.

In a recent underhanded attempt to restrict the institution to one man and one woman, the Christian Democratic People’s Party brought a bill up to a national vote entitled "For Marriage and Family—Against the Penalty of Marriage", which would have extended the same tax breaks given to married couples to unmarried couples. But, the bill also was a constitutional amendment that would have defined marriage as a heterosexual union.

Voters rejected the bill by a very  narrow margin of 50.8 to 49.2. This means that Switzerland will be able to move ahead with the adoption of marriage equality, should the necessary legislative push arise. 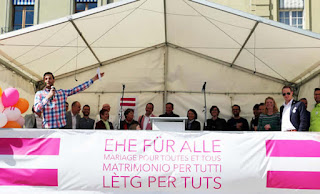