Why my gay parents can't get married? 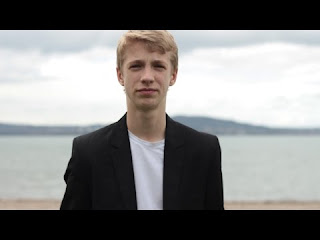 Same-sex marriage is legal in England, Wales and Scotland, but continues to be blocked in Northern Ireland by the Democratic Unionist Party.

15-year-old Darragh Tibbs, of  County Down, explains in a video on YouTube that he is the child of a same-sex family, but that his parents are still denied the right to marry after 21 years together.

Darragh discovered that his local MLA Gordon Dunne has repeatedly opposed equality on the issue, and he wrote to him to ask why.

In his letter, he says:

I am 15 years old and a constituent of yours. I live just around the corner from your office.
You voted no in the Marriage Equality vote of last year: I want to know why. I am the child of a same-sex relationship and I can see absolutely no reason why my brother and I should be denied a secure family set-up.
It seems perfectly reasonable to me that my parents; who have been in a stable relationship for twenty one years, who have two sons, should be supported by their own government.
What gives you the right to take from my brother and me the right for legal protection for our family?
I am asking you to explain why. I don’t want to receive an impersonal reply. I would like you to be transparent, to be an accountable figure, a leader of my constituency.