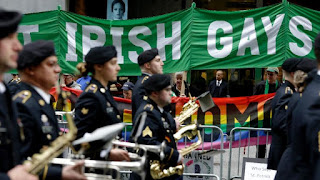 LGBT groups have marched in New York’s St Patrick’s Day parade today for the first time, after a historic ban was lifted.

The annual event, which attracts over a million tourists each year, has maintained a long-held ban on gay groups, due to the influence of anti-gay Catholic groups, although it also faced a large commercial boycott and protests over the exclusion of LGBT groups.

Due to the anti-LGBT policy, Democratic mayor Bill de Blasio had shunned the parade every year since his election, but for the first time ever he marched in today’s parade.

Crowds lined the streets this morning for watching the parade, with Mayor de Blasio also taking part. The Mayor declared: “The St Patrick’s Day parade is a New York City tradition, but for years Irish LGBT New Yorkers could not show their pride. Finally, they can celebrate their heritage by marching in a parade that now represents progress and equality”. 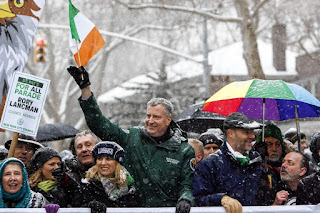