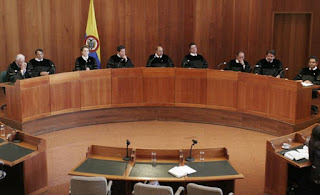 In Colombia, several media outlets have reported that a 20-page Constitutional Court opinion that will bring marriage equality to the country is ready and only awaits a meeting to cast a Court vote.

According to them, sources close to the Court say that the magistrates will vote against one conservative judge’s proposal to annul marriages registered by lower courts, keep civil unions as the only option for couples. The expected vote is 6-3 to defeat this opinion.

Next would come the final vote on a counter-opinion to legalize same-sex marriage. The same 6 out of 9 judges are expected to extend the right to marry to gay couples.