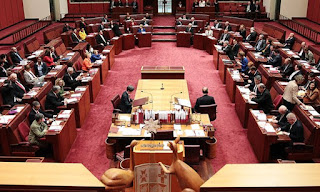 Australia’s Senate will hold an opposition debate same-sex marriage on Thursday. A one-hour opposition debate on the issue but given the complexity of equal marriage, it is unlikely to come to a vote within the time frame

Liberal Democrat Senator David Leyonhjelm, a supporter of equal marriage, had attempted a political manoeuvre last week to force a vote on the issue, but Prime Minister Malcolm Turnbull’s Coalition refused a free vote on the issue and blocked it from coming to a vote.

LGBT activists say there is currently a majority of MPs and Senators in favour of equal marriage,

Besides, Australian Marriage Equality national director, Rodney Croome, declared: “A majority of Senators have already publicly declared their support for marriage equality so the legislation could pass if a free vote was allowed”. And he added: “If marriage equality passes the Senate it will increase pressure on the Government to allow Parliament to do its job and pass the reform as soon as possible”.