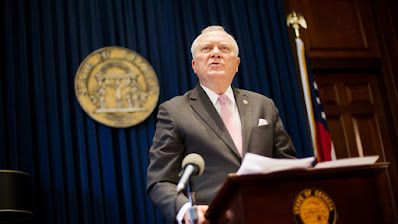 Deal’s veto comes one week after HRC President Chad Griffin called on Hollywood to stop productions in Georgia if Governor refused to veto the legislation at HRC’s Los Angeles Gala. Soon after, many of the biggest TV network, entertainment companies and Hollywood stars responded to the call and signed HRC’s letter demanding veto.

Republican Gov. said he didn't think the bill was necessary. "I do not think we have to discriminate against anyone to protect the faith-based community in Georgia, of which I and my family have been a part of for all of our lives", he said.

He declared he was not reacting to pressure from the faith-based community or responding to the business community, which warned Georgia could lose jobs if he signed the bill.