A crowd in Orlando pay respects for Pulse shooting victims 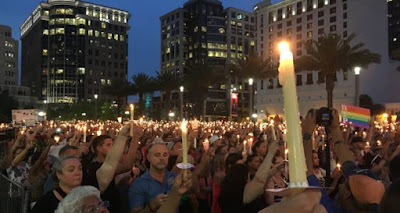 Some of them crying as the city known for theme parks and fun struggled to cope with Sunday morning’s shooting rampage at popular gay nightclub Pulse.

Speakers at the ceremony used both English and Spanish, a reflection of the fact that many of the Orlando shooting victim were Latino. One after another, they urged the Florida city to unite at a time of unfathomable pain, and appealed for its LGBT community not to give in to fear.

Towards the end of the ceremony, as the crowd stood in silence holding white candles into the air, the bell of a nearby church slowly rang 49 times, once for each of the people killed in the massacre.

Finally they played “Let it Be” by the Beatles as four small hot air balloons powered by bright flames rose into the sky.

We will not be silenced! 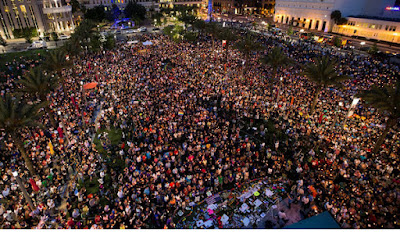