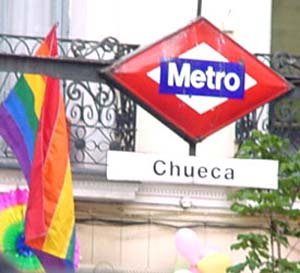 Chueca is a square sited in a central neighbourhood in Madrid (Spain). It lies just to the north of the old city, and its subway station is also named Chueca.

The neighbourhood has become a popular area for Madrid's gay community, with a lot of LGBT-friendly shops and restaurants.

Since Madrid served as host of Europride, the Gay Pride march has evolved to the biggest gay festival in the world. For five days in June, Chueca is an appealing place containing five stages located at various squares, as well as hundreds of outdoor bars, allowing thousands to enjoy in the open air.

For this edition of Gay Pride, Chueca subway station wears its best dress with the colors of the rainbow on its walls. It is like entering a colorful maze that promotes diversity and where you can read messages like Happy Pride or Love. 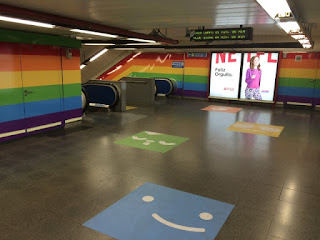 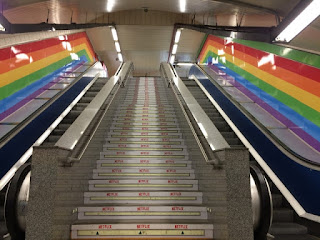 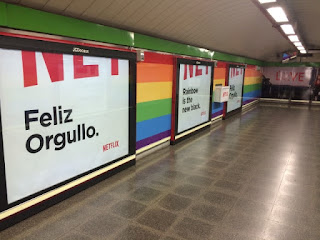 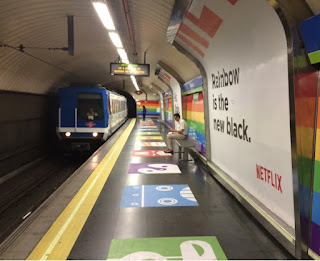