Thousands rally in Australia to push for same-sex marriage 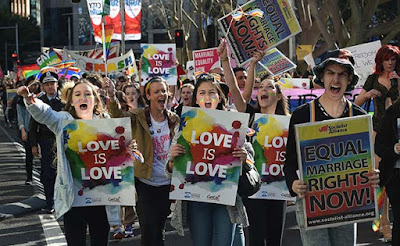 Thousands of Australians took to the streets in Sydney, Melbourne, Brisbane and Perth, carrying rainbow flags and placards, to push for same-sex marriage.

The Conservative Prime Minister Malcolm Turnbull insisted on a public vote or plebiscite for same-sex marriage after 2 July election. He confirmed for the first time that MPs would have a free vote on the issue.

The opposition Labour Party also pledged to introduce legislation for same-sex marriage within 100 days of winning the election, if successful. 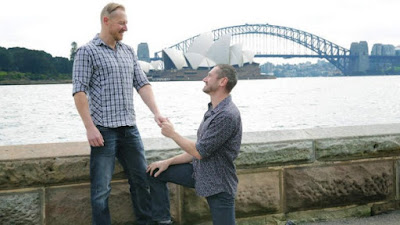 Let them to tie the knot