Report says the situation of LGBT people in Russia worsens 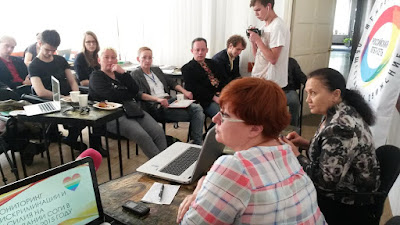 Presentation of the report on human rights violations and discrimination based on sexual orientation and gender identity in Russia took place in Moscow. The report is based on the data of the monitoring program implemented by the Russian LGBT Network in nine regions of the country.

Despite the numerous differences between the regions, monitoring revealed common features, among which the closeness of the LGBT community is at the forefront. This closeness is caused both by fear of the nationalist groups and criminal organizations and by fear of coming out.

Monitoring also revealed many cases of violations of the rights to freedom of expression and assembly, and of labor law violations. Fictional reasons are often provided as the basis not to allow LGBT events or to dismiss homosexual, bisexual or transgender people.

At the same time, the cases when people fight for their rights remain rare. It can be explained by the reluctance of the LGBT people to disclose their sexual orientation and to attract attention. Quite frequently, LGBT people abandon the efforts to obtain justice due to internalized homophobia or due to distrust towards law enforcement authorities, which is totally justified.

As the coordinator of the Russian LGBT Network Monitoring Program Natalya Poplevskaya pointed out: “Decisions made at the federal level encourages hostility towards LGBT. As a result, the level of violence grows. Sexual orientation and gender identity bias become a justified motive for committing a crime”.

The monitoring report suggests that homophobia, biphobia and transphobia in Russia are at high level and are heated up by the laws and legislative initiatives. 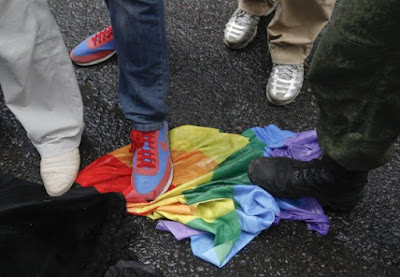