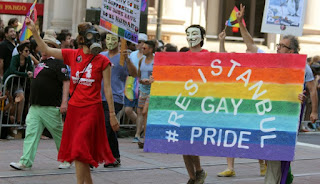 The annual gay pride march in Istanbul planned for later this month will not be allowed to take place, the Turkish city's authorities have said.

A statement cited "safeguarding security and public order" as the reason for calling off the event. The order means anyone taking part risks facing intervention by the security forces.

Organisers of the march have denounced the ban as a "flagrant violation of the constitution and the law". They said the city authorities were failing in their duty to protect the rights of citizens to exercise their rights, and that they would launch legal action.

Earlier this week, an ultra-nationalist youth group, the Alperen Hearths, called those planning to participate in the gay pride event immoral and said it would "stop the march" if it went ahead.

Last year, Turkish police fired tear gas and water cannon at marchers in an attempt to disperse those taking part. Organisers said permission for last year's event had been refused because it coincided with the Muslim holy month of Ramadan, as did this year's planned date of 26 June.

Twelve previous gay pride events had taken place annually in Istanbul with little trouble reported. Unlike in many Arab countries, homosexuality is not illegal in Turkey but analysts say homophobia remains widespread. 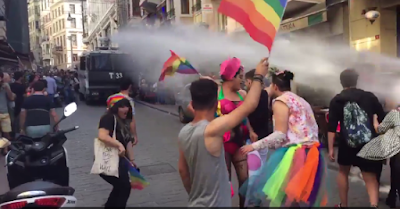