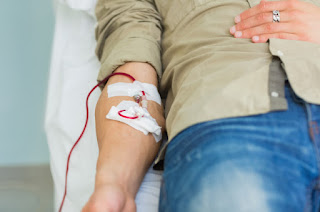 The horrific shooting that has claimed at least 49 lives at a gay club in Orlando has brought up a hot-button issue for the gay community: the ability to give blood.

Since 1983, the Food and Drug Administration has barred gay and bisexual men from giving blood.

The ban was loosened last December when the agency declared that gay men who have been celibate for a year or more can donate.

The new rules still bar men who are in long-term monogamous relationships.

Countries around the world have thrown out rules barring blood donations for gay men, because there's no science to support a ban on gay blood donation. .

OneBlood, a blood-donation center in Orlando said that it is in urgent need of blood donors following the shooting, but FDA regulations remain in place: All FDA guidelines remain in effect for blood donation. There are false reports circulating that FDA rules were being lifted. Not true.

That means it’s illegal for a gay man to donate blood to victims of the massacre, but It’s legal to buy an AR-15 assault rifle. 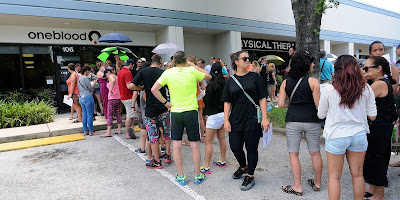