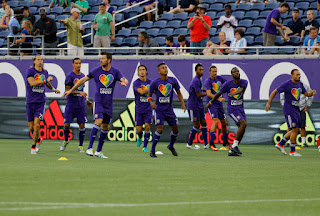 The Orlando City’s soccer team dedicated last match to the 49 people killed and 53 others injured in mass shooting at the Pulse gay club.

At the 49th-minute of the match, play stopped for a moment of silence. It was a first for Major League Soccer. In a desire to turn Camping World Stadium into a rainbow, fans were asked to wear colors other than the traditional Orlando city purple. Tens of thousands participated.

Also in the stands were 49 empty seats, each marked with a balloon. In fact, the Lions’ new stadium will have 49 seats in rainbow colors to serve as a permanent memorial. 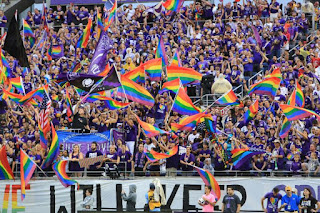 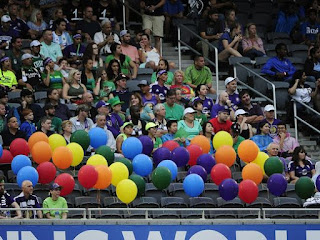 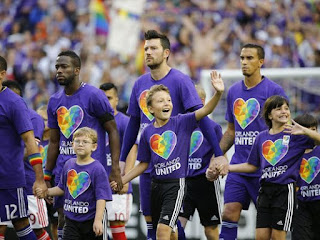