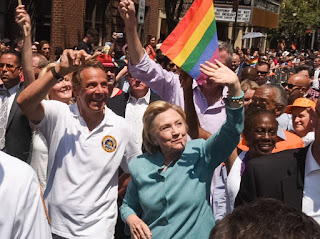 She marched four blocks of the parade route, which was a logistical nightmare for the New York Police Department and the Secret Service, who rarely left Clinton's side.

Clinton, who seemed unfazed by the chaos, shook hands along the route and waved to the many well wishers.

She stepped out of her motorcade near the Stonewall Inn, the gay bar in New York's Greenwich Village neighborhood that was recently named as national monument.

Clinton proclaimed her personal support for marriage equality and announced that she believed same-sex marriage was a constitutional right.

In fact, this is not her first time in the New York gay parade, she marched in the 2000 parade as First Lady of the U.S., with Gay Congressman Barney Fran. 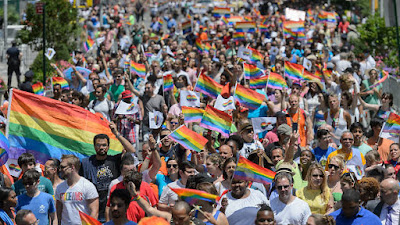 We will not be silenced!