Equality Act will be introduced in U.S. Congress next week 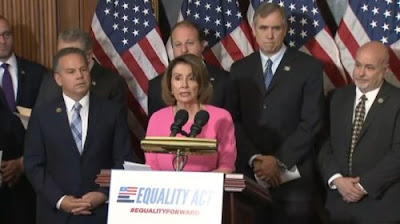 The Equality Act, which would ban anti-LGBT discrimination nationwide in employment, housing, public accommodations, and other areas, will be introduced in Congress next week, House Speaker Nancy Pelosi said.

“Next week, will be launching our Equality Act to end discrimination for the LGBT community,” the Democrat said. The Equality Act, which stalled in the two previous sessions of Congress, is the much broader successor to the Employment Non-Discrimination Act, legislation that never passed the House and Senate in the same session.

While the exact wording of the 2019 version of the Equality Act has not yet been released, in previous versions it sought to ban discrimination based on sexual orientation and gender identity in employment, housing, public accommodations, jury service, education, federal programs, and credit.

Pelosi did not say when the Equality Act would come up for a vote in the House of Representatives, but she was sure the Democratic-controlled chamber would pass it. The Senate has a Republican majority, making approval less likely there, but Pelosi remained optimistic.

“As we go along, it’s the tempo of the floor, but it is a priority for us,” she told. “I’m very pleased because we have a great deal of outside support for it, which I hope will help us pass it in the Senate. We most certainly will pass it overwhelmingly in the House,” she added. 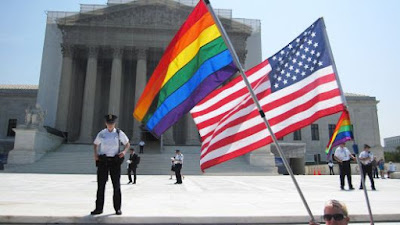