Gay and bisexual men can now donate blood in England, Scotland and Wales 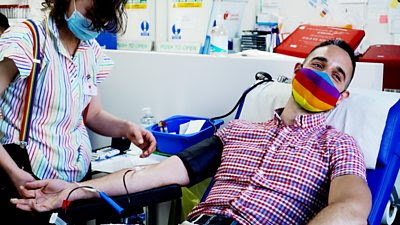 Gay and bisexual men in England, Scotland, and Wales can now donate blood, plasma and platelets under certain circumstances, the National Health Service announced this week in a momentous shift in policy for most of the U.K.

From now on, gay and bisexual men in sexually active, monogamous relationships for at least three months can donate for the first time. The move reverses a policy that limited donor eligibility on perceived risks of contracting HIV/AIDs and other sexually transmitted infections.

Donor eligibility will now be based on each person's individual circumstances surrounding health, travel and sexual behaviors regardless of gender, according to the NHS. Potential donors will no longer be asked if they are a man who has had sex with another man, but they will be asked about recent sexual activity.

Therefore, anyone who has had the same sexual partner for the last three months can now donate blood in England, Scotland and Wales. This authorization is very exceptional, as in Europe it is only possible in Spain, Italy and Latvia, at present. 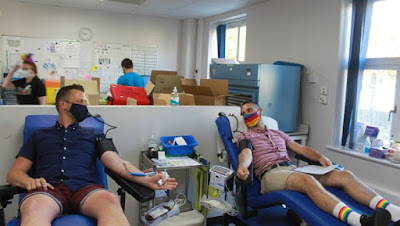 Gay couple Oscar and Xavier donate blood in the UK for the first time
Publicat per Ben Aquila a 3:08 AM