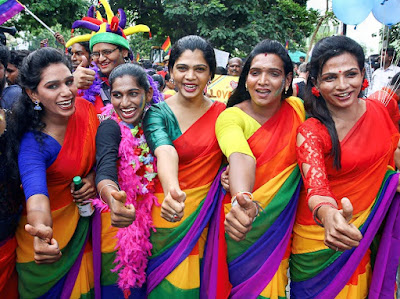 Tamil Nadu in India is set to become the first region in the country to outlaw conversion therapy after a High Court issued a sweeping ruling on LGBT rights. The momentous decision came in the case of a lesbian couple who faced harassing questions from police after their parents reported them missing.

The women, aged 22 and 20, fled their homes in Madurai and moved to Chennai when their parents refused to accept their relationship. They subsequently filed a cases with the Madras High Court asking that the missing persons investigation be dropped.

In his ruling, justice N Anand Venkatesh said the couple’s case had brought to light an important issue requiring de-stigmatisation and acceptance in the eyes of society. Justice Venkatesh ruled in the couple’s favour and went on to recommend numerous reforms that will make the lives of LGBT people in Tamil Nadu easier.

Under a section titled “Physical and Mental Health Professionals”, justice Venkatesh said healthcare professionals should offer support to LGBT people who are facing stigma and discrimination from society. However, he also prohibited any attempt to medically ‘cure’ or change the sexual orientation of LGBT people to heterosexual or the gender identity of transgender people to cisgender.

Justice Venkatesh also ordered the National Medical Commission, the Indian Psychiatric Society and the Rehabilitation Council of India to revoke the licence of any professionals who involve themselves in any form or method of conversion ‘therapy'.

Elsewhere in his extensive ruling, Venkatesh instructed schools and universities to educate students on understanding the LGBT community and said educational bodies should allow trans youth to change their official name and gender marker on academic records.

Furthermore, he called for the Indian government to introduce awareness programmes about LGBT people for staff.

Closing the document, Justice Venkatesh said he will monitor and regularly follow up with various government departments and bodies to ensure his rulings are being implemented.