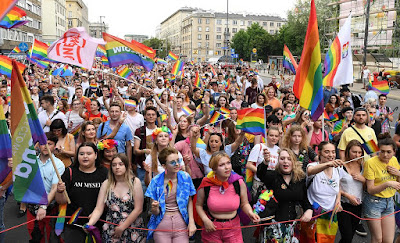 The largest gay pride parade in central Europe took place again in Warsaw for the first time in two years after a pandemic-induced break and amid a backlash in Poland and Hungary against LGBT rights.

Warsaw Mayor Rafal Trzaskowski walked at the head of the Equality Parade, a sign of support for LGBT rights by the liberal politician. Thousands of people joined the march and were cheered on by others waving rainbow flags from their apartment balconies.

The joyful and colorful celebration was tinged with fear of what the future holds for the rights of gay men, lesbians, bisexuals and transgender people after setbacks first in Russia and now in Hungary.

This weekend’s Equality Parade comes 20 years since the event was first held in the Polish capital. It was banned twice in its early years by a conservative mayor, Lech Kaczynski, who feared it would promote homosexuality, and last year it was canceled due to the coronavirus pandemic.

Meanwhile, in Hungary Viktor Orbán’s nationalist government, which is allied with Poland’s governing Law and Justice (PiS) party, has introduced a law banning the “display and promotion of homosexuality” among under-18s.

A year ago it was the Polish LGBT community that faced a backlash from ruling conservative politicians, local communities and the church. Dozens of local communities were passing resolutions against "LGBT ideology” and declaring "LGBT free zones" in what was described as an attempt to protect the traditional family. These were strongly denounced by EU officials and a handful have since been rescinded. 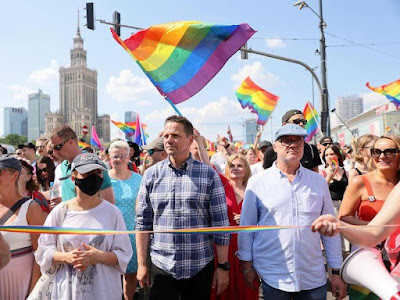 Warsaw Mayor walked at the head of the Parade