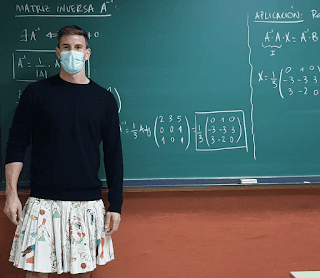 Male teachers in Spain wore skirts to work in solidarity with a student who was pulled out of school and sent to a psychologist for wearing a skirt.

Fifteen-year-old Mikel Gómez said in a video that went viral that he was taken to a psychologist by school officials when he decided to wear a skirt to his school in Euskadi, Spain. He said he wore the skirt to express solidarity with women’s liberation.

When he said he’s not trans, the psychologist asked him to wear pants instead and Gomez said that his parents later punished him for wearing a skirt.

His viral video sparked a nationwide protest a week later and other boys in Spain recorded videos wearing skirts to class. The protests continued in some towns, where students decided to repeat the protest for gender equality.

One of the teachers said  they are role models for students, and they want to show kids that they don’t have to follow gender roles. The school has to teach respect, diversity, gender equality, and tolerance. 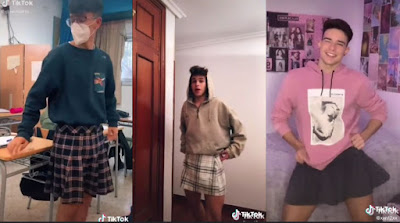