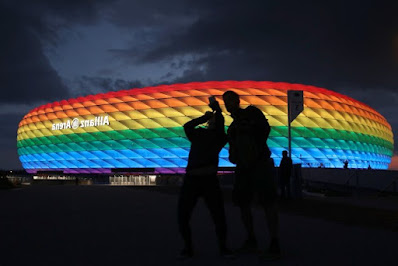 German stadiums will display rainbow colours during the country's match against Hungary at the European Championship after UEFA rejected host city Munich's plan to do the same.

Clubs in Berlin, Wolfsburg, Augsburg, Frankfurt and Cologne said they would light up their venues during the final group game.

Munich Mayor Dieter Reiter also said he would raise rainbow flags over the city hall and have a wind turbine near the stadium and the city's Olympic Tower illuminated in rainbow colour.

"We in Munich certainly won't let ourselves be discouraged from sending a clear signal to Hungary and the world,'' Reiter said, after describing UEFA's decision as "shameful."

Reiter’s application on behalf of the council made clear the request was to show solidarity with the LGBT community in Hungary after the country passed a new law denounced as homophobic by human rights groups.

The new legislation prohibits sharing with minors any content portraying homosexuality or sex reassignment, taking all mention of gay and trans issues off the school curriculum, like the 2013 Russian law banning "gay propaganda.” 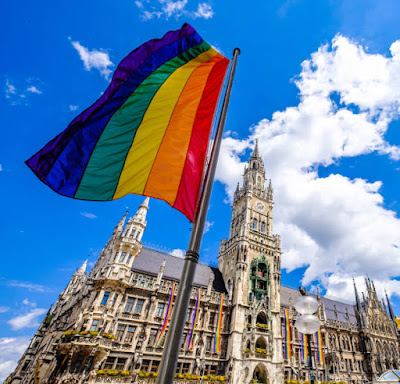