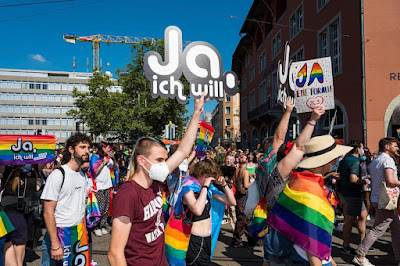 Switzerland finally voted 'yes' to same-sex marriage in a nationwide referendum with 64%, this is the culmination of eight long years of drawn out debate and intense campaigning.

The parliamentary work on this project lasted eight years. It was launched in 2013 by a parliamentary initiative from the centrist Liberal Green Party. Several versions of the text were debated by lawmakers before parliament in December 2020 accepted an amendment to the civil code to legalise marriage between two women or two men.

The amended law will make it possible for same-sex couples to get married, and to adopt children unrelated to them. Married lesbian couples would also be allowed to have children through sperm donation, currently legal only for married heterosexual couples. It will also make it easier for foreign spouses of a Swiss individual to get citizenship.

The country is one of the last western European nations without marriage equality and only introduced its first law banning anti-LGBT discrimination as recently as February 2020. 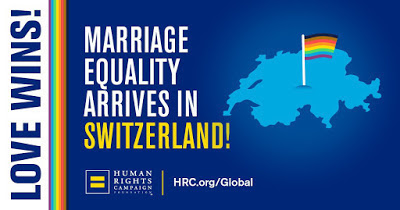